Home » Celtic teachers show us the divine in all matter

Celtic teachers show us the divine in all matter 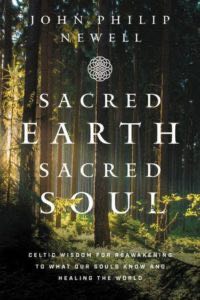 “We’re in for quite a stretching,” said an Irish midwife sister after hearing Newell speak in Dublin about the new thing that’s trying to come forth given the decline of traditional Christianity — what are the yearnings for new birth stirring in the human soul today? This new sense of the sacred is birthing a bigger understanding of the cosmic nature of God. As the Celtic tradition has been saying all along: we cannot contain the sacred. Rather, as Newell writes, “we are to look for it everywhere, and we are to serve it and be liberators of it in one another and in the earth.”

At another talk that Newell gave in Ottawa, a Mohawk Elder who’d been invited to make observations afterwards, spoke of the “resonances between Celtic and Native wisdom.” With tears in his eyes, the Elder spoke of how much better off all Indigenous people in Canada would likely have been if this enlightened Celtic version of Christianity had prevailed, instead of being suppressed in favour of the imperialistic and hierarchical Roman version of Christianity. Indeed, the resonance between Celtic and Indigenous spiritualities has been increasingly recognized, given their long held common understanding of the sacredness of nature or creation — a perspective that holds substantial promise for the healing of our damaged planet.

After telling these and other stories in the book’s introduction, Newell goes on, through nine chapters, to highlight historical Celtic teachers and prophets as they resisted overly narrow ecclesiastical understandings of God in favour of a broader focus on the divine as inherent in all matter. Several of the chapters are updated versions of Newell’s 1997 book Listening for the Heartbeat of God, with new chapters added on Brigid of Kildare, John Muir, Teilhard de Chardin and Kenneth White. Both books begin with the Welsh Celtic monk called Pelagius, with his fivefold focus on the sacredness of the human soul and of nature, spiritual practice, wisdom and compassion. The sacredness of compassion, for example, fuels the holy work of justice. In an insight still so relevant to our world today, Pelagius notes that “A person who is rich… and yet refuses to give food to the hungry may cause far more deaths than even the cruellest murderer.”

Newell’s second chapter focuses on the “Sacred Feminine” as featured in Brigid of Kildare, who is a liminal character holding together apparent opposites, including threshold times of transitions in our lives — like a shoreline these are liminal places between the known and the unknown. The Celtic prophets, teachers and mystics in this book are presented in chronological order, so 9th century Eriugena is next. Newell labels his thinking “Sacred Flow,” with God as “the flow of life deep in all things.”

The fourth chapter looks at the biggest collection of recovered Celtic sources called the Carmina Gadelica, whose words, Newell says “further awaken us to a spiritual vision of the intimacy of spirit and matter, nature and grace.”  The subject of Newell’s doctorate, Alexander John Scott, is the focus of chapter five. Scott believed that “A thread of the divine is woven through the fabric of the human soul and of everything that has being.” Because everything is interconnected, Scott also worked on various justice issues, like helping to establish more opportunities for women’s higher education in 19th century Britain.

The remaining chapters focus on 19th and 20th century thinkers, starting in chapter six with the great American naturalist John Muir, who although not geographically Celtic, displayed a rich Celtic perspective recognizing the sacredness of Earth as part of ecological awareness and action. My biggest surprise and delight upon first seeing the table of contents was the chapter focused on Pierre Teilhard de Chardin, who was a Jesuit priest, scientist and paleontologist — I’ve never seen his name mentioned in a book on Celtic Christianity before. Like many other Earth-loving prophets before him, Teilhard was extensively silenced by the church during his lifetime since he “refuses the divorce between spirit and matter.” At the heart of matter, Teilhard always found the heart of God.

Chapter eight is devoted to Kenneth White, professor of modern poetry at the Sorbonne University in Paris: “[T]o awaken to the sacred in all things is to embark on a pilgrimage into the unknown.” As we set sail, White teaches us about letting go of the old, so as to make space for the new. And finally, chapter nine is focused on George MacLeod, who lived the way of nonviolent compassion, and rebuilt the abbey on the island of Iona. “Matter matters” was a fond saying of MacLeod’s and has become a mantra of Celtic Christian focus on ecological concerns.

After such a wide range of people presented in their different contexts, it’s good to observe the beginnings of each chapter title as a flow: Sacred Soul, Sacred Feminine, Sacred Flow, Sacred Song, Sacred Imagination, Sacred Earth, Sacred Matter, Sacred Compassion and Sacred Journey. Sadly, Christianity has often been hijacked by dualistic thinking, with its artificial bifurcation between the sacred and the so-called “profane” or matter. I’m among many who’ve often felt a deep and nourishing resonance between the Creator and the creation, between nature and grace and between spirit and matter. Newell’s new book provides ongoing evidence of both the deep roots of such an approach, as well as its essential place in a Christianity focused on a healthier and more peaceful planet for all.